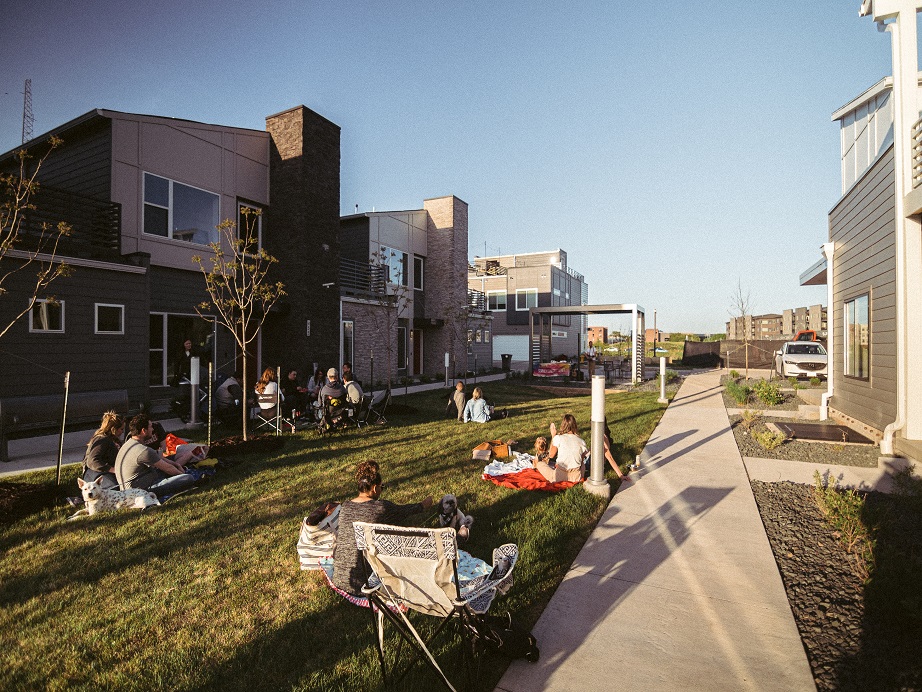 After a year where events and outings were put on hold, it was refreshing to reconnect as a Gray’s Station community throughout 2021. From food trucks to live music, our first year of events is officially in the books.

In early March, residents filled out a March Madness bracket challenge to highlight some of the top things they wanted to see in the neighborhood. One of the most fun events of the year was the Gray’s Summer Concert Series! Our team welcomed four talented, local musicians who rocked the Gray’s paseo.

“It felt really good to be back playing in front of a live audience,” explained Andrew Hoyt, who’s acoustical music debuted the series. “2020 was a tough year for musicians and it just feels right being back in front of an audience.” Joining Hoyt throughout the months of May, June, July, and August, were Ducharme-Jones Duo, Emma Buttersworth, and Jake Kemble, all of which brought music to our neighborhood.

There were also numerous locally owned businesses who joined the Gray’s Station family over 2021.

Then, in June, Craft Bru was the first restaurant/bar to open in the newly finished LINC business space along MLK Jr. Parkway. This taproom rotates 60 craft beer handles at one time and services strictly through the phone app, Pour Choices, making contactless ordering easier than ever.

“What we’re trying to do is highlight beers that you wouldn’t necessarily find on the taps of other restaurants,” said Co-Owner Tracy Schlueter in an interview with Des Moines Register.

Rounding out the year, Gray’s Station welcomed another yummy local business in Mad Meatball Pizzeria. This notable pie place was once located in the East Village and has since relocated to LINC, opening a large patio overlooking the downtown Skyline and restoring their beloved pizza and sandwiches.

It’s been extremely fun to welcome athletes of all levels to – and through – Gray’s Station. Marathoners, half-marathoners and 5k runners all visited during the Women’s Half Marathon and IMT Des Moines Marathons in June and October. Utilizing the Gray’s bike trails and connecting Gray’s Lake, it was easy to cheer on runners from your front door or balcony.

On any given weekend, residents and visitors could experience Yoga in the Paseo, various food trucks and CrossFit courses in and around Gray’s Station.

The Gray’s Team is already gearing up for a stellar 2022 – hoping to bring back some fan favorites and also introduce some new concepts to the lineup.

If you have ideas about what you would like to see for events at Gray’s Station, send us a note on Instagram or Facebook or shoot us an email at info@hubbellrealty.com!